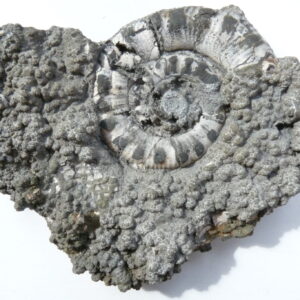 Last month I wrote about climate change and this month I thought I would follow with the theme of species extinction. The interplay between global warming, habitat loss and species extinction is still imperfectly understood but has certainly been brought to the fore recently. We know that many species are in danger and some are already classified as being at risk of extinction. Using so-called “Red Data Lists” they are registered by naturalists who then highlight the need to protect them.

What are the risks of extinctions? Has mankind caused them? How many can be attributed to climate change? Can we stop them? What can the past tell us to inform the future?

The geological record is full of examples of extinction. Every child revels in the wonder of dinosaurs and a visit to Dorset’s coast reveals evidence of the fascinating creatures who lived there during the famous Jurassic period. Evolution ensures a continuing response to environmental change which sees the “adapt or die out” principle written into the geology of our planet. Species capable of capitalising on tiny changes in their genetic make-up can take advantage of environmental change and thereby keep their place in the ecosystem. Those that can’t, fall by the wayside. Although evolution is generally a slow process, we know, to our cost, that some creatures, such as viruses and bacteria, can adapt very rapidly, conquering new hosts and overcoming antibiotics.

Past extinctions sometimes affected many different creatures at the same time. These so-called “mass extinctions” were once attributed to meteors hitting the earth from outer space, but they are now thought to be due to huge volcanic eruptions on earth. During mankind’s time on the planet, our activities have certainly led to extinctions. Hunting, collecting and, most importantly,destroying habitat for our homes and to grow food have pushed many fellow globe-dwellers over the brink. Scientists working at Kew Botanic Gardens and Stockholm University estimate that over the last 250 years 217 of the known species of birds, mammals and amphibians and 500 species of plants have become extinct.We cannot know how many unknown species have been lost too.

Climate change can clearly be seen to affect species by altering the range of latitude over which they live. Species needing cooler conditions head towards the poles, but what of those already at the poles or scorched by lack of water in the enlarging deserts?Will they become extinct too?

The greatest threat to our fellow species is probably not climate change though, but our own ever- increasing population. Halting our growth and withdrawing completely from some habitats may be the only ways of ensuring other species’ survival. When the animal populations of the Chernobyl nuclear-disaster zone and the Cyprus green zone became free of people they dramatically recovered, even large animals reclaimed their habitats and now roam free. It can be done.

Send us a message

Scroll back to top